With some inspiration from the internet, and quite some work: 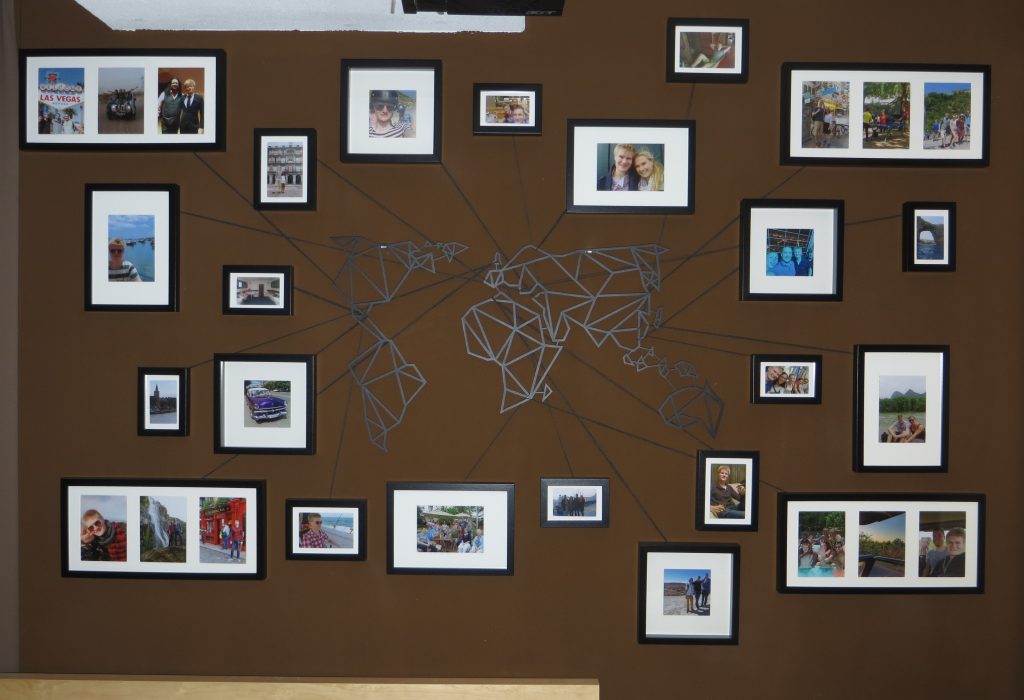 The metal world map was purchased from Hoagard and the frames are the Ribba series from Ikea. The threats are a dark gray synthetic wool (black was to dark, I tried).
For the design I first made a simple image on the computer, then ordered the pictures.

As I didn’t want to be a bore, I didn’t upload every new UGears video I’ve created after the partnership.

I do however want to share an update they really came through and I got some very nice models. A few are already assembled and can be seen on my YouTube Channel.
It turns out the new video’s did not get as many views as the first one (far from it). I suspect this is due to the models being a bit older/more well known, and maybe some luck on the first video.
UGears did ask me about this, and I was a bit worried they might give up on the sponsoring (also since I’ve not been able to be very consistent with making video’s due to time constraints), but they actually offered to send me some new models already.

This Wednesday my little sister will travel to Asia for a few months. In order to track her journey, she made an account on an app called Polarsteps and asked us to follow her.

I must say I’m quite impressed by this little app. It allows you to track your journey while you are abroad and add pictures and status updates. When you’re finished you can generate a travel book that they will send to you.
Besides the live tracking, it is also possible to add past trips to the application. As I do have a lot of travel video’s, I do not have anything to hold yet. For this reason I’m currently updating my profile with my travel history, with the plan to create some nice books for myself.

Of course, I will also track my next trip (to Mexico!!) with this app. Feel free to follow me.